The Firm ABOGADAS LANCELOT, represented by its lawyer Alicia Martín Borreguero, participated in the Conferences organised by the Secretary of Equality of the UGT Lanzarote, in which Mrs. Blanca Beortegui Sierra and Mrs. Alicia Rodríguez Martín were present also.

The following people took part in the conferences, that were presented by the General Secretary of UGT Lanzarote César Reyes Pérez: the Head of the Tías Judicial Police team ("How to detect gender violence"), Don Gerardo Quintana (personal defence workshop), and our lawyer ("Getting to know each other in the face of gender violence"). UGT union delegates of the island attended the Conferences.

ABOGADAS LANCELOT thank the union for their confidence in this legal office. It was a real pleasure for us and we are at their disposal at all times. 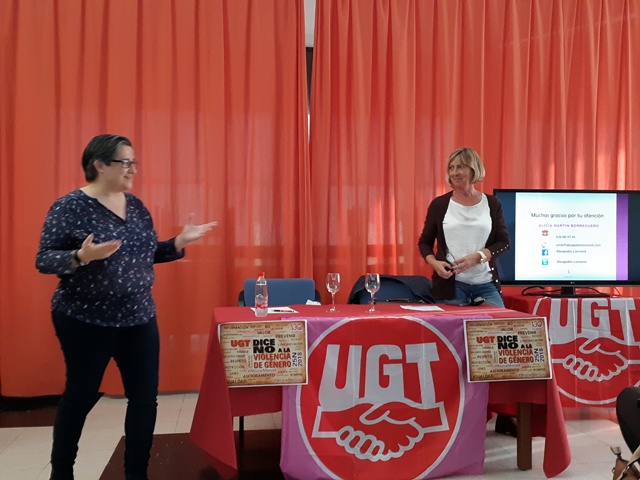 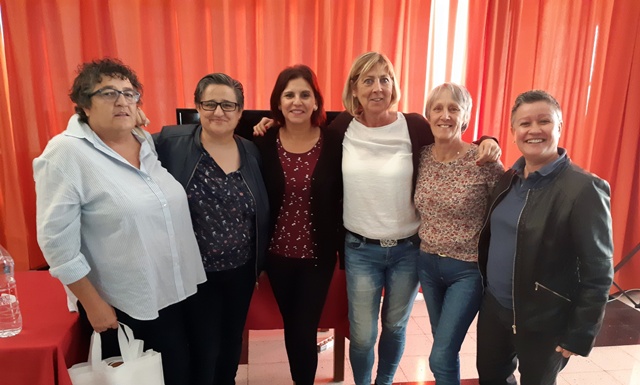 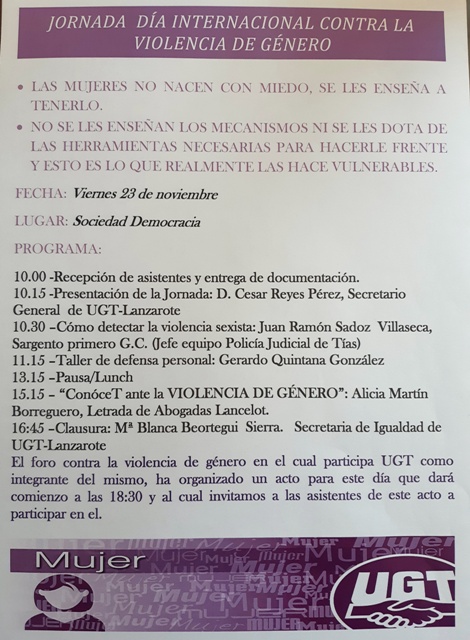